We're the Yin and Yang To Your Business Success

Windows 10 Release date, and Basic features you need to know 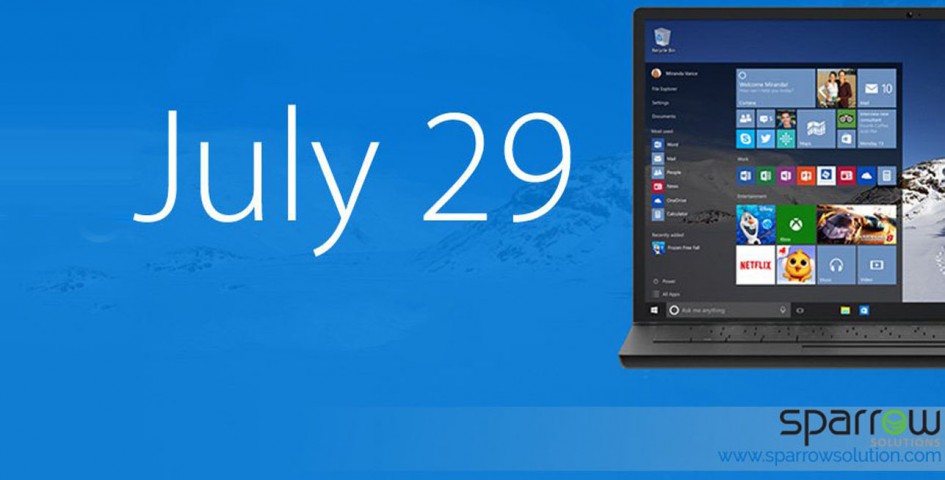 The giant American multinational company Microsoft has announced the free upgrade of much-anticipated OS “Windows 10”, the users who have Windows 8 and 8.1 can be upgraded to their new version of windows 10.  This will be available from 29 July and free upgrading will valid for an year.  As the report from trusted sources like AMD(Advanced Micro Devices) it was expected to release in the summer. However, it has delayed launch, users are eager and happy that Microsoft has decided to release it on next month and it is in public beta testing now . And also there is a new browser for the new new OS which is known as Microsoft edge. This has a new rendering engine, which will be to fit in with the new Windows 10 apps. Moreover, It is a replacement for  Internet Explorer on mobile devices but will complement Internet Explorer on PCs.
This has a note-taking mode that will allow to mark up webpages with finger, stylus or Cortana which is in built into Edge. Cortana is easy to access from address bar and helps to serve the search results. This can also get Yelp reviews, restaurant reservation menus, book a reservation and also for finding direction.  Another feature is Microsoft has brought back the Start Menu  and tiled display. This may attract people and tend them to use the program on mobile phones, tablets and desktop PCs as well.

Here are Windows 10’s other hardware requirements, which are just as modest as Windows 8.1

: Web design and development in qatar

These widgets are displayed because you haven't added any widgets of your own yet. You can do so at Appearance > Widgets in the WordPress settings.